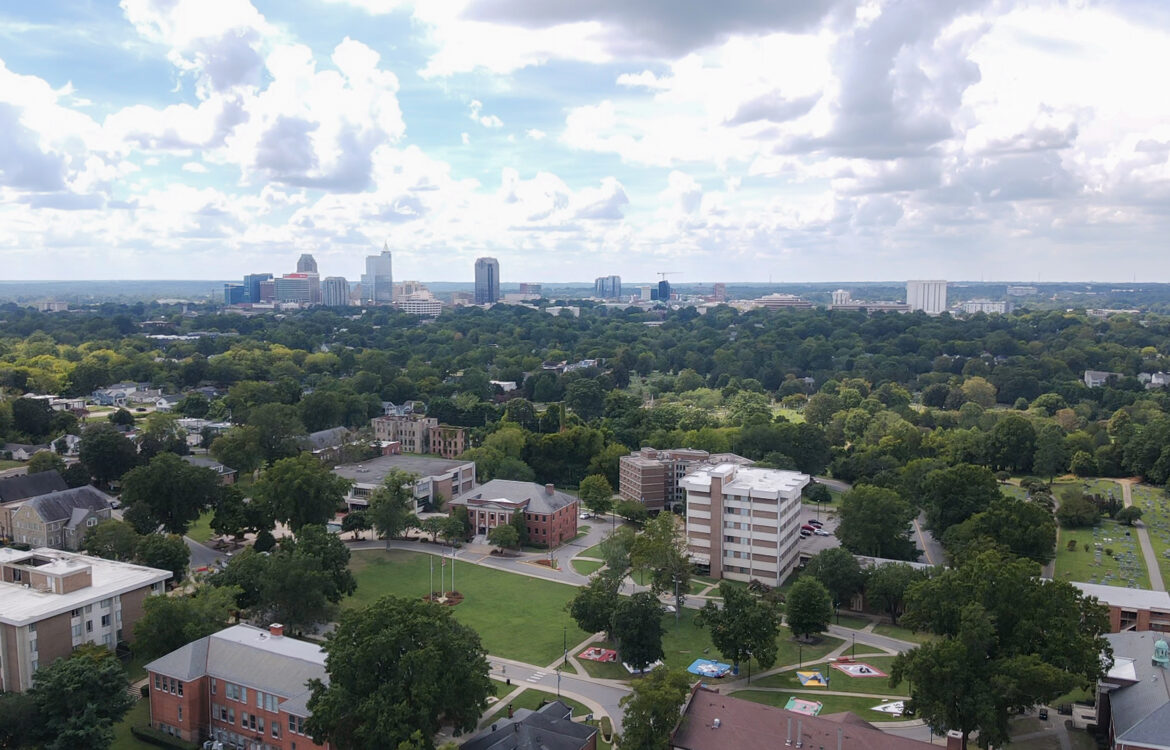 Saint Augustine’s University (SAU), and Carter agreed to a proposal valued in excess of $75 million, which includes developing a 320-unit multifamily project on the property and offers the University the option to invest in the project as a partner. The proposal also includes a partnership between Carter and Swift Services as a minority partner on the development. The agreement was approved today in the SAU board of trustee’s meeting.

Carter will ground lease property on the northwestern side of the SAU campus. The option to invest in the project as a partner could prove to be a lucrative opportunity that the university will likely opt to do. The ground lease agreement exemplifies the entrepreneurial spirit that SAU teaches to its students. The partnership allows the university to continue to own the land, while utilizing the space to not just raise the quality of life in and around the university, but to also make an economic impact on the entire community. The agreement has generated a lot of excitement throughout the campus and Raleigh community.

The Honorable Justice James E. Perry, Chairman, Board of Trustees, and a 1966 graduate of SAU stated, “This development opportunity is a beacon of light for students, the Raleigh community, and the global society to engage with SAU in this transformative venture. As the Board chair, I am delighted for this opportunity and thank my fellow Trustees for their continued support and commitment to this illustrious institution. I also thank the leadership, faculty and staff of SAU for their tireless work and commitment to our students and their success.”

“I am excited to see the impact that this development venture will have on SAU and the city of Raleigh. This venture is a great opportunity for the institution to expand its revenue stream while enhancing housing options for the city. As the vice chair of the Board of Trustees and chair of the facilities committee, the Board along with the SAU administration continuously seek opportunities that strengthen the institution and advance our mission”, stated Mr. Brian A. Boulware, Vice Chairman, Board of Trustees, and a 1995 graduate of SAU.

“As the 13th president of Saint Augustine’s University, I am proud of the historic opportunity this venture affirms for our 156-year-old institution.” Said Dr. Christine Johnson McPhail, President of SAU…She continued… “The development proposal presented by Carter will allow SAU to increase housing options for our growing city and enhances the economic impact SAU provides to the Raleigh community. I appreciate the continued support of the SAU Board of Trustees for the administration, faculty, staff and most importantly, our students as we all strive to make the university stronger. This venture is just the beginning as we will continue to use our collective talents and resources to carry out the mission and vision of Saint Augustine’s University.”

About Saint Augustine’s University Founded in 1867 by the Episcopal Diocese of North Carolina, the mission of Saint Augustine’s University is to sustain a learning community in which students can prepare academically, socially and spiritually for leadership in a complex, diverse and rapidly changing world. A four-year liberal arts university with an average enrollment of approximately 1,200, SAU sits on 105 lush acres just north of Downtown Raleigh. The institution offers more than 20 undergraduate degree programs and is accredited by the Southern Association of Colleges and Schools Commission on Colleges (SACSCOC).

About Carter Carter is a leading national real estate investment and development firm headquartered in Atlanta, Georgia. Founded in 1958, Carter is one of the most experienced, proven, and recognized real estate development firms in the country. The firm currently has over $1.3 billion of active development throughout the Southeast, including mixed-use and multifamily projects. A strengths-based organization with a culture based on trust and candor, Carter’s purpose is to make a difference in the world by transforming communities and spaces so people can thrive. Learn more at www.carterusa.com.